Rapid Areal InSAR Survey (RAINS) is one of our processing strategies: it relies on the analysis and stacking of traditional two-pass interferograms.

It aims to provide spatially continuous deformation maps. The technique is fairly flexible, but the final product typically consists in one or more raster files with each pixel containing a mean velocity value along the satellite line-of-sight (mm/year).

It should be noted though that the selection of the interferograms that are included in a stack or in an analysis, as well as the processing parameters, are subjective. Hence the obtained velocity measure, even though represented in mm/year, has a semi-qualitative nature.

– the analysis of single interferograms that permits to assess and map intense, but short-duration, deformation episodes.

– the analysis of interferometric stacks that are composed of numerous interferograms spanning typically from months to years. This type of analysis allows to individuate and map areas affected by deformation persistent in time.

Displacement rates that can be mapped with this technique range approximately from 40 mm/year to 500 mm/year along the line of sight for interferometric stacking and range around several mm/week for single interferograms. 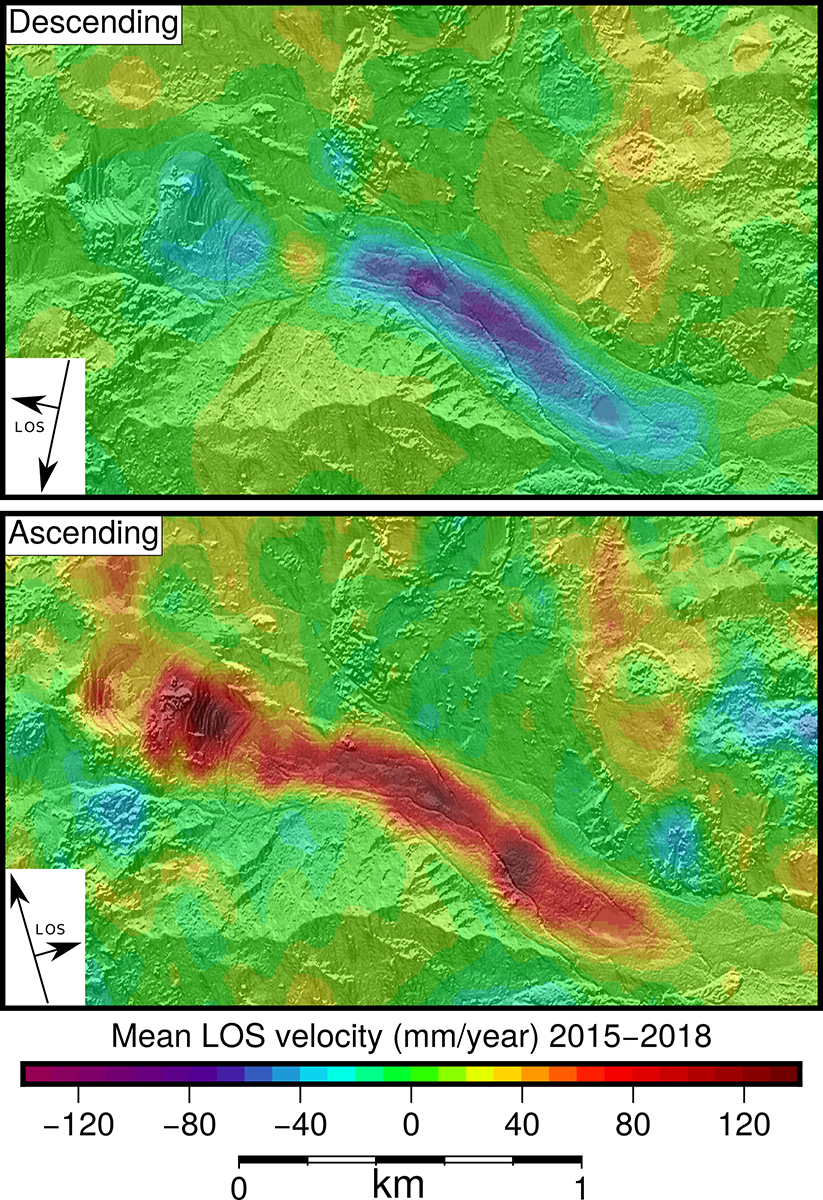 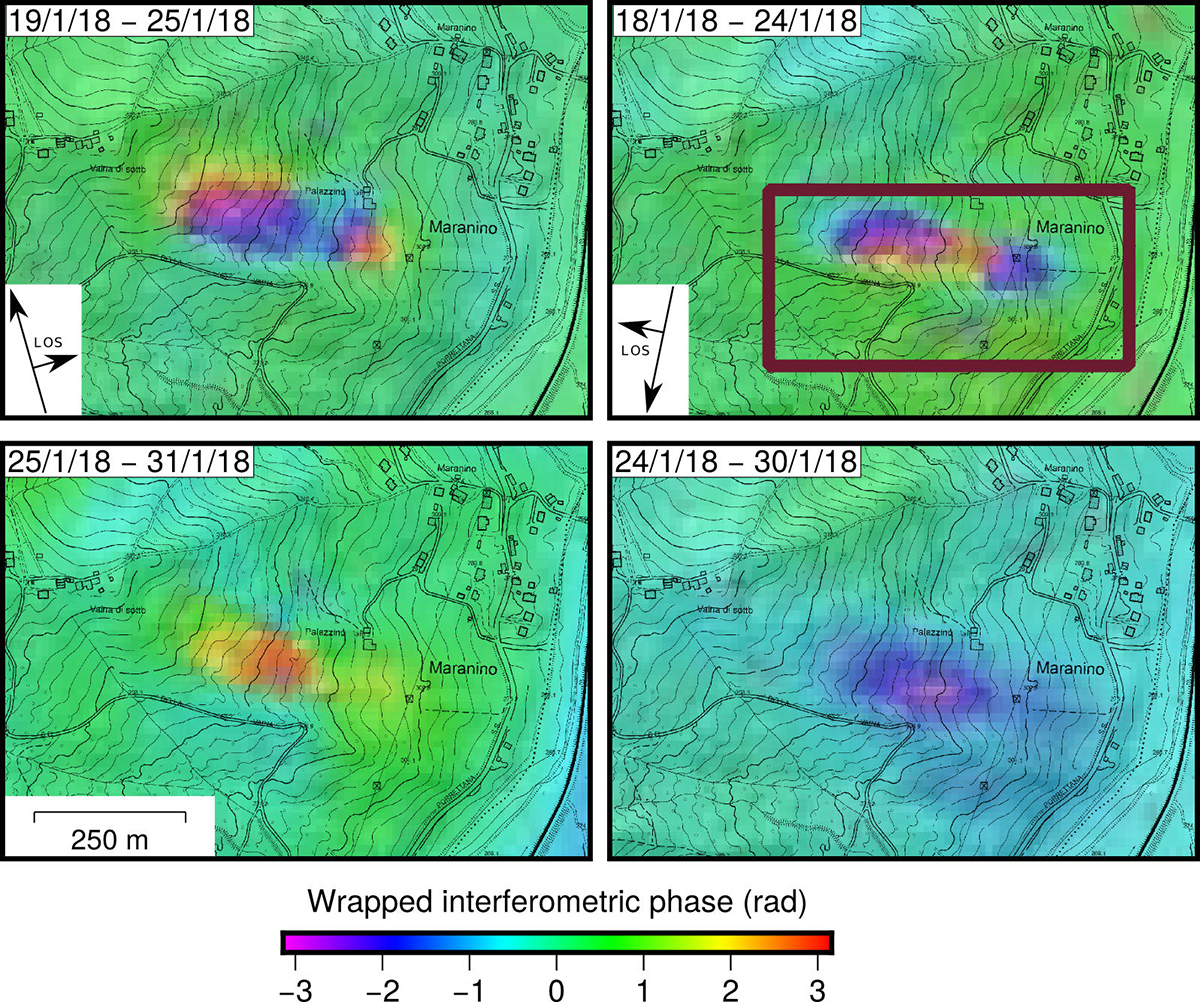 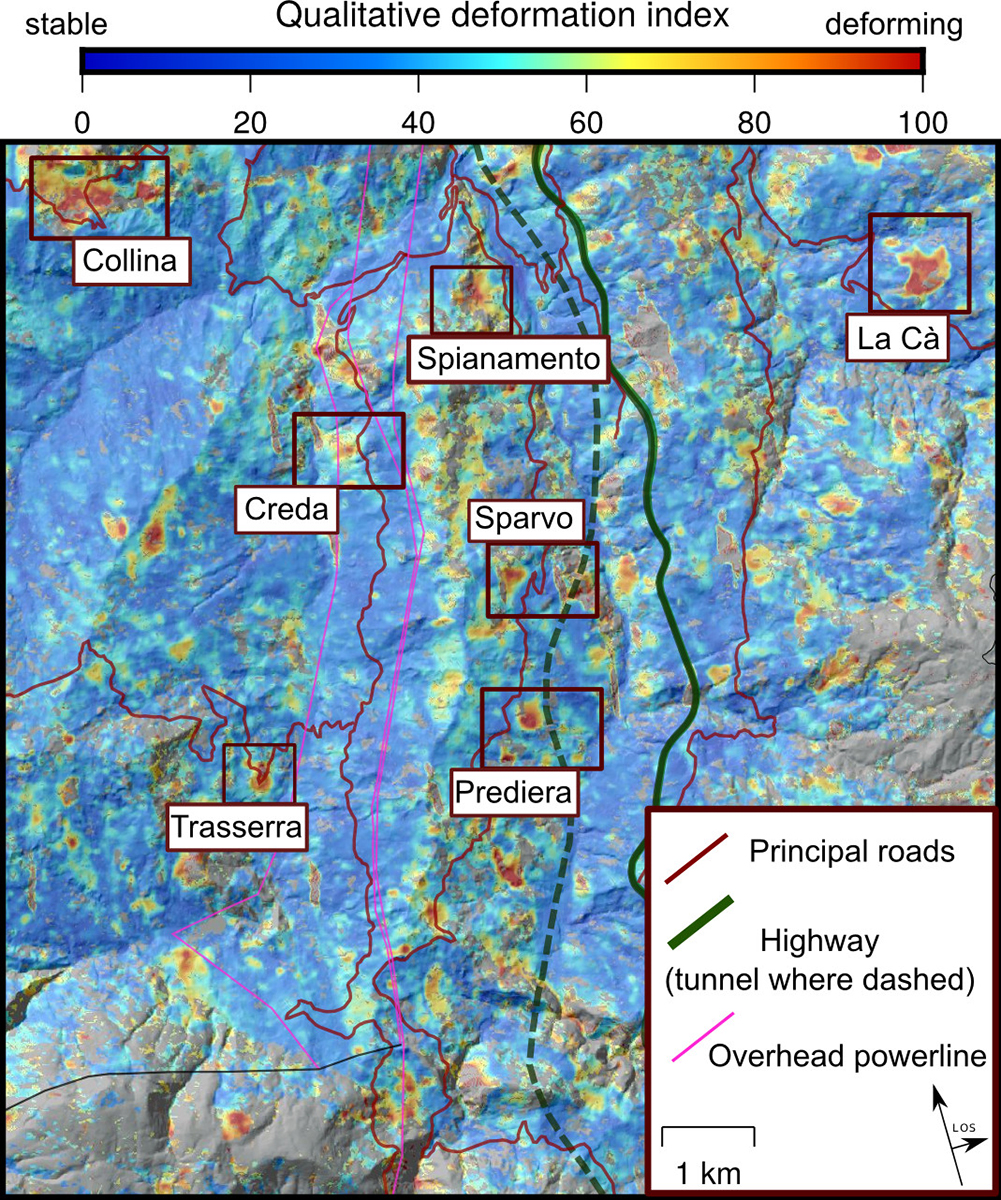 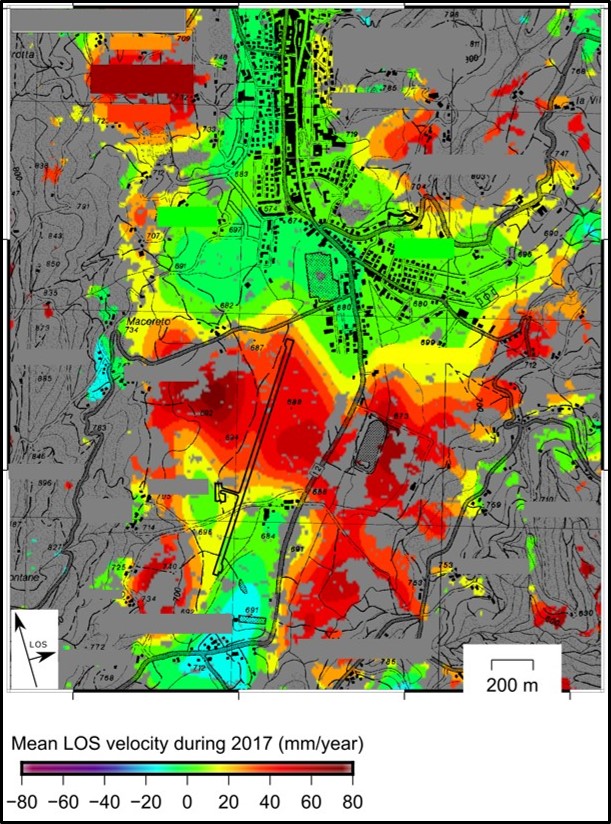 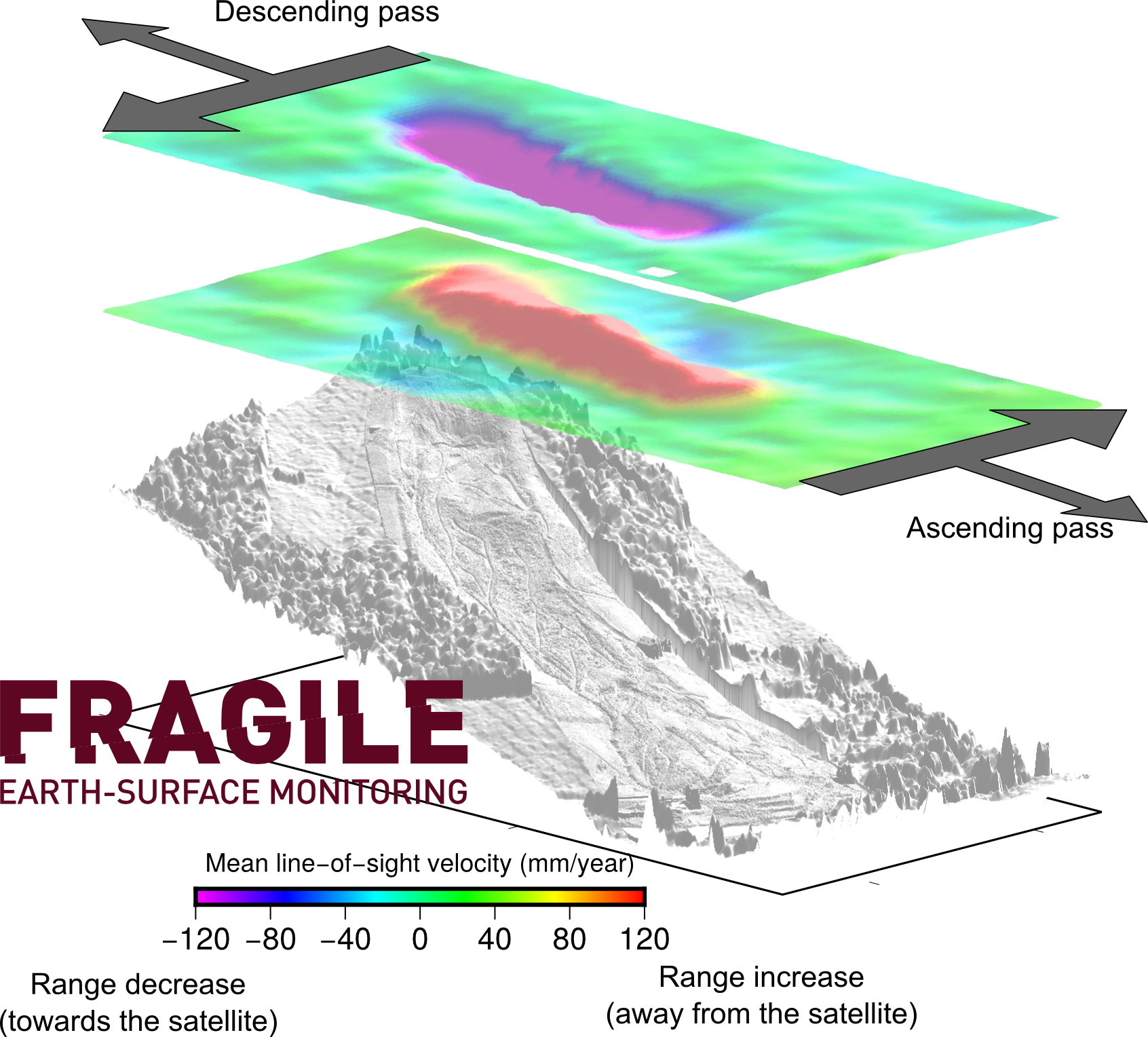